Fatih Yılmaz  is an Economist at the CBRT.

There are two factors that feed the bank liability dollarization in emerging economies: strong preference for foreign currency (FC) in domestic deposits against depreciation of local currencies, and local banks’ ability to access foreign funds only in international currencies (e.g. USD). In the related literature, this is referred as the “original sin” (Eichengreen et al. (2002)). Since the insufficiency of banks’ FC assets against FC liabilities would make the financial system vulnerable to exchange rate risks, banks’ FC open positions are restricted by certain regulations in Turkey[1]. Banks are therefore only able to lend their FC liabilities by either converting them to TL with swap operations or by directly extending loans in FC. Considering the cost and practicality difficulties of swap operations, it is easier for banks to transfer the exchange rate risk to borrowers by directly lending FC (i.e. matching FC liabilities with FC assets). Meanwhile, firms that have natural hedges (e.g. export revenues) against fluctuations in the exchange rate tend to prefer low interest rate FC loans. These tendencies, in brief, constitute the supply and demand sides of the FC credit mechanism and bring the real sector credit dollarization into an equilibrium point. What matters for the policy makers is to what extent these two trends determine the equilibrium of credit dollarization[2].

Studies, conducted with micro data for various countries, reveal that firms’ natural hedges and banks’ tendency to match assets with liabilities are influential factors in determining the real sector credit dollarization (Ongena et al. (2014) and Luca and Petrova (2008)). Although the studies on Turkey mostly support these findings, an answer to the question of “which component is more influential” has not yet been provided, given that the impact of banks’ (supply) and firms’ (demand) tendencies are analyzed separately (Alp and Yalçın (2015) and Özsoz et al. (2015)).

The relationship between the average firm level credit dollarization (e.g. FC credit share) and average export / total sales ratios for the sample period between 2006 and 2015 is presented in Chart 1. As per the Chart, the firms’ share of exports and FC loans show a similar downtrend. In Chart 2, the average FC liability share of the banks and the credit dollarization are presented. The positive relationship between these two variables becomes negative in the post-2013 period and the role of non-deposit FC liabilities (e.g. bonds, syndication) appears to be more prominent in this divergence. To conclude, both charts tell us that firm level credit dollarization is closely linked to both banks’ FC liability structure and firms’ natural hedges. 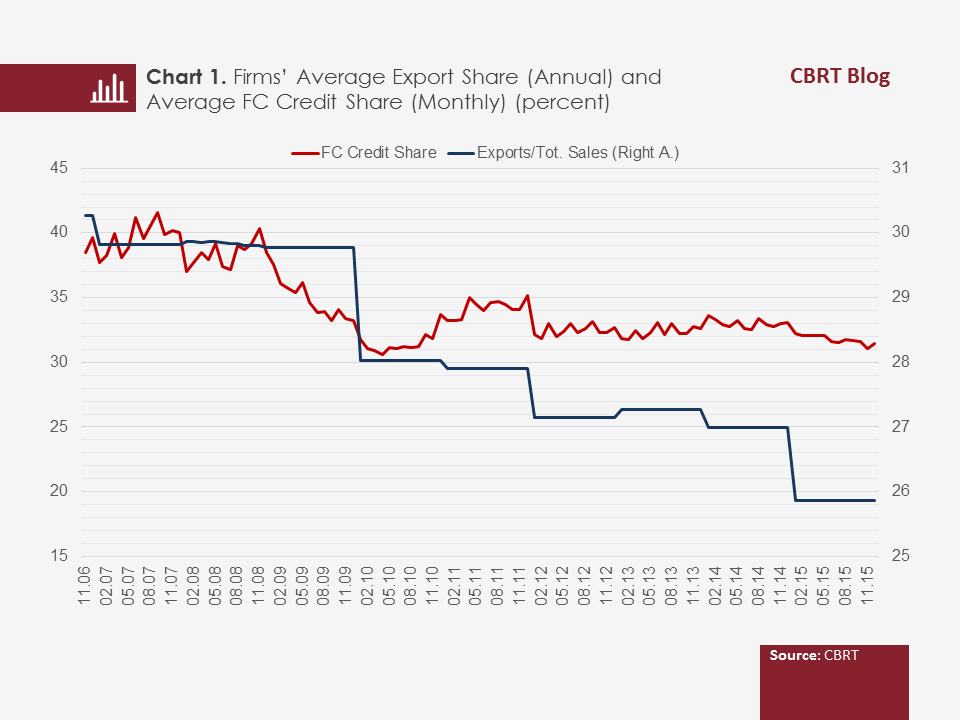 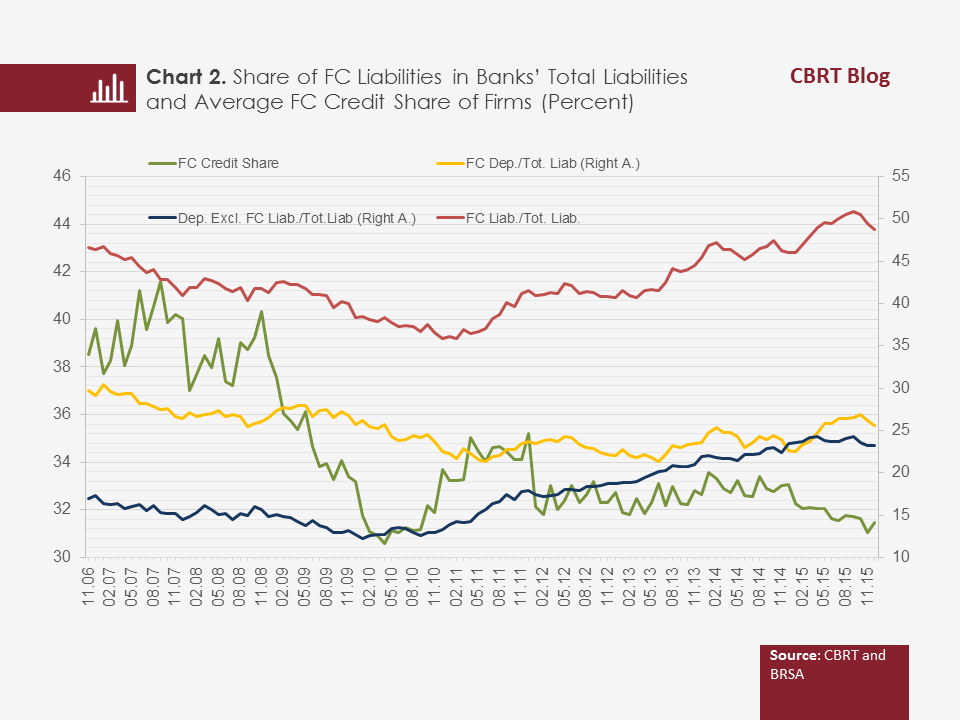 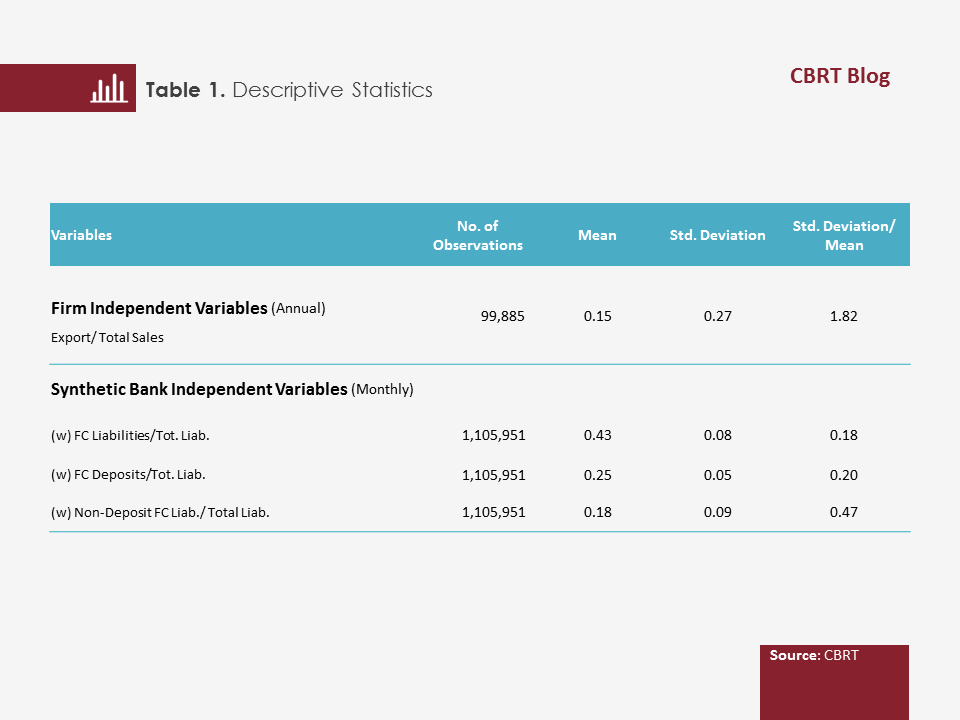 [2] A more detailed version of this study can be found in the Financial Stability Report May 2017, No: 24, Special Topic IV.3. Drivers of Credit Dollarization.

Eichengreen, B., Hausmann, R. and Panizza, U. (2002). Original Sin: The Pain, the Mystery and the Road to Redemption. Paper prepared for the conference Currency and Maturity Matchmaking: Redeeming Debt from Original Sin. Inter-American Development Bank, Washington, D.C., 21-22 November 2002.

Ongena, S., Schindele, I. and Vonnák, D. (2014). In lands of foreign currency credit, bank lending channels run through? The effects of monetary policy at home and abroad on the currency denomination of the supply of credit, CFS Working Paper Series 474, Center for Financial Studies (CFS).

Fatih Yılmaz  is an Economist at the CBRT.