Length of Time for Return on Housing Investments

The length of time for return on housing investments in Turkey increased until mid-2016 after which this trend reversed in line with the downtrend in house values.

The following formula is used to calculate the length of time for return on housing investments:

The average value of the house refers to the geometric average of the values of houses[1] in the valuation reports compiled under the Hedonic House Price Index (HHPI)[2] of the Central Bank of the Republic of Turkey (CBRT). On the other hand, the monthly rental value shows the values of “real rent paid by the tenant”, one of the CPI sub-items released by the Turkish Statistical Institute (TURKSTAT). The charts below demonstrate the change in house values and rental values used in the calculations for Turkey as a whole and for three major cities over time. 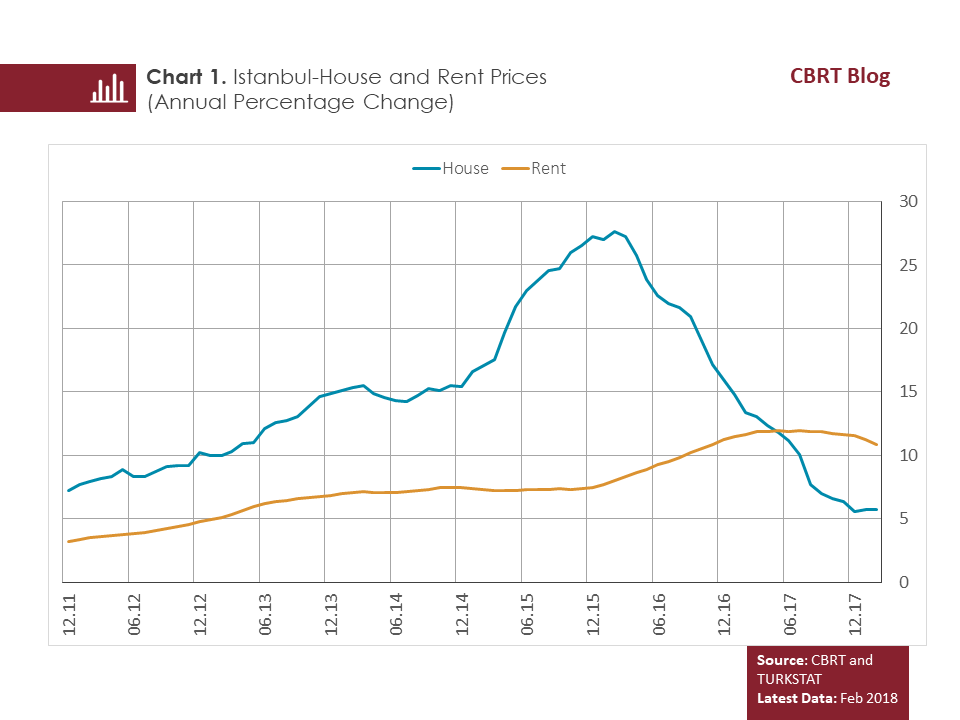 The same analysis for Ankara reveals that the rate of increase in the values of houses has remained above that of rents despite a deceleration as of mid-2016 and a flat course in 2017 (Chart 2). 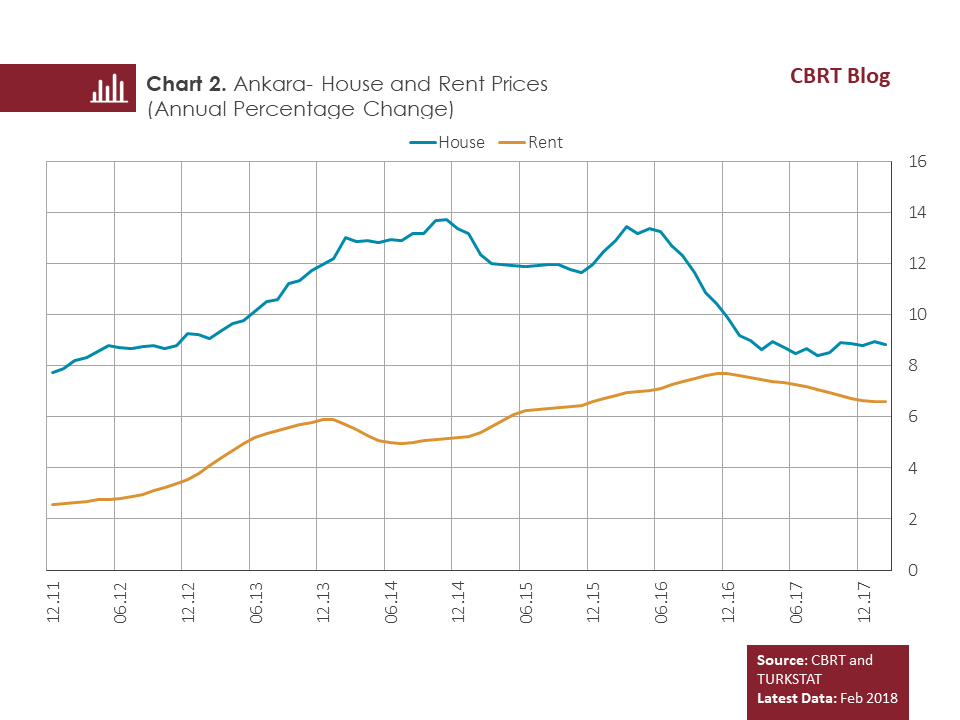 The change in the values of houses and rents in Izmir over time shows that the rate of increase in house values is higher than that of rents for the whole analysis period. However, there has been a significant acceleration in the rates of increase in both house values and rental values recently (Chart 3). 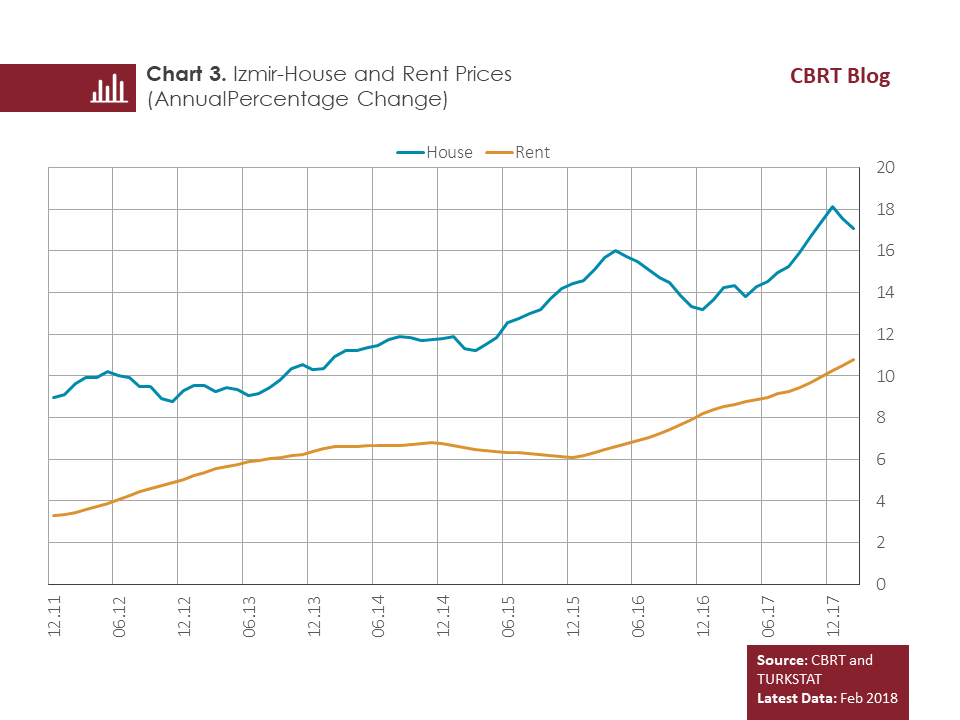 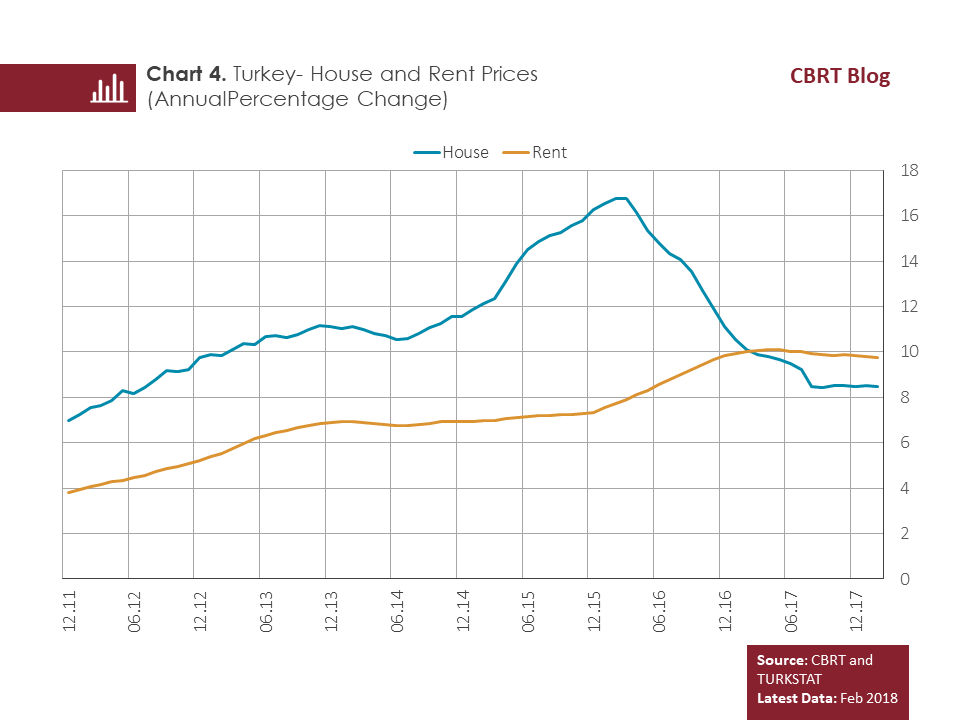 Chart 5 demonstrates the length of time for return on housing investments for Turkey overall and for the three major cities. Accordingly, the length of time that you have to wait for the cost of a house in Turkey to be covered by rents was approximately 18 years at end-2010 whereas this time period has increased to approximately 22 years by early 2018. In other words, the amortization period for a house bought in 2018 has lengthened by 4 years compared to a house bought in 2010.

On the other hand, for the same years, the length of time for return on housing investments for Istanbul, Ankara and Izmir has been calculated as 26, 25 and 24 years, respectively. Thus, for a person to get back the money that he/she pays to buy a house in Istanbul today via renting that house, he/she has to wait 1 more year than someone buying a house in Ankara and 2 more years than someone buying a house in Izmir. 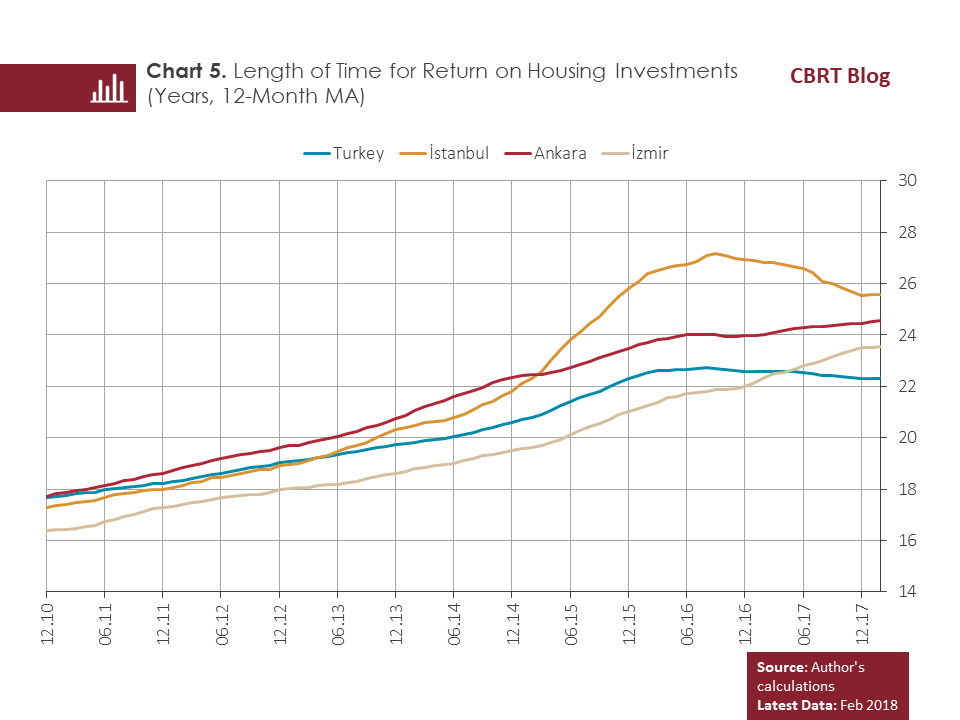 Well, what about the length of time for return on housing investments around the world? To answer this question, we can make a comparison using the Global Property Guide[3] data. As shown in the chart below, while Austria takes the first place with the longest time for return (more than double that of Turkey) among the countries compared, Jordan stands out as the country with the shortest time for return. Turkey ranks in the middle with 22 years, slightly below the average of countries in the chart (Chart 6). 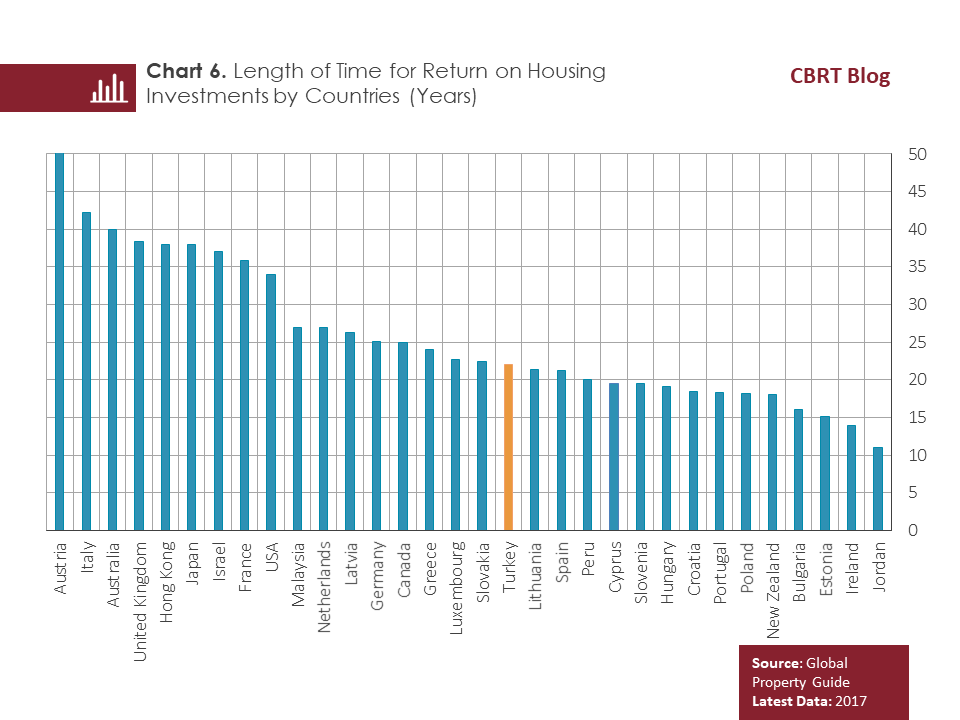 [1] House values for Turkey as a whole are calculated by weighting the house values pertaining to the 26 levels in the Nomenclature of Territorial Units for Statistics-Level 2 with the number of house sales in the previous year.

[3] www.globalpropertyguide.com. Data in the guide are calculated using data pertaining to properties of 120m2 situated in the most important city of a country (national capital or financial capital).